Leitheatre was founded in 1946 in Kirkgate Church in Leith, Scotland, by a group of people interested in drama, encouraged by the Rev James Scott Marshall.

Originally their work was of a religious nature, but it soon broadened into a more general repertoire under the direction of Jim Alexander -- Kirkgate Drama Group had been formed. Both a pre-eminent member of the Scottish Community Drama Association and an outstanding director, he established high standards and was the mainstay of the group throughout the 1950s and '60s.

The first performance was in March 1946 -- a double bill consisting of "The Call of the Glen" and "Mary's Sister John". Tickets for this performance were available for the princely sum of 1/6d (equivalent to 7.5p)!

Up until the 1970s the group presented its performances in Kirkgate Church hall, but in 1973 a problem arose -- Kirkgate Church was amalgamated with South Leith Church, and a theatre license could not be obtained for the shared hall in South Leith: a change of performance venue was forced upon us, and the group began to use Moray House Theatre (among others) -- a move up into a "real theatre".

In addition, as the group was no longer affiliated to Kirkgate Church, it was felt a new name was needed - Leitheatre was born, giving us a new identity, but still reflecting our Leith roots.

In the late 70s further church mergers offered the club an opportunity to move into larger rehearsal and storage facilities in the old Hillside Church in Greenside Place, beside the Playhouse Theatre. Around the same time, relishing the challenge of more ambitious productions, the group changed its performance venue to the Church Hill Theatre. We performed two productions at the Adam House Theatre in 2005, whilst the Church Hill Theatre was being renovated and in recent years have staged our Autumn production in The Studio at the Festival Theatre.

We also take part in the Scottish Community Drama Association One Act Play Festival, and have progressed to the Scottish Final several times, as well as receiving awards for Best Stage Presentation, Best Moment in Theatre and Scottish Life and Character.

In 1983 the group ventured into the Edinburgh Festival Fringe, with "Late Night Burns" at Baden Powell House, Fisher's Close in the Lawnmarket. Our first, full lenghth play in the Fringe was a year later, in 1984, when we successfully staging “A Letter to the General” at Inverleith St Serf's Hall in Goldenacre.

A Fringe production has become a fixture within our calendar every year since then, and we have a attracted a regular audience who enjoy the Leitheatre style of entertainment.

The 1990s found the group homeless again, as our rehearsal space was earmarked for redevelopment and a (lengthy!) period ensued where we became the dramatic equivalent of wandering troubadours, rehearsing our shows and storing our sets wherever we could!

Things came to a head in 1997 when we were to be evicted from our storage facilities, but at the 11th hour we managed to purchase premises at 20 Sunnyside, off Easter Road in Edinburgh. After 51 years, Leitheatre had a permanent home! Many months of renovation and hard work ensued, and by autumn 1998 the first production to be rehearsed and have its set constructed at Sunnyside was staged. In 2001, the adjacent property at 22 Sunnyside was purchased. 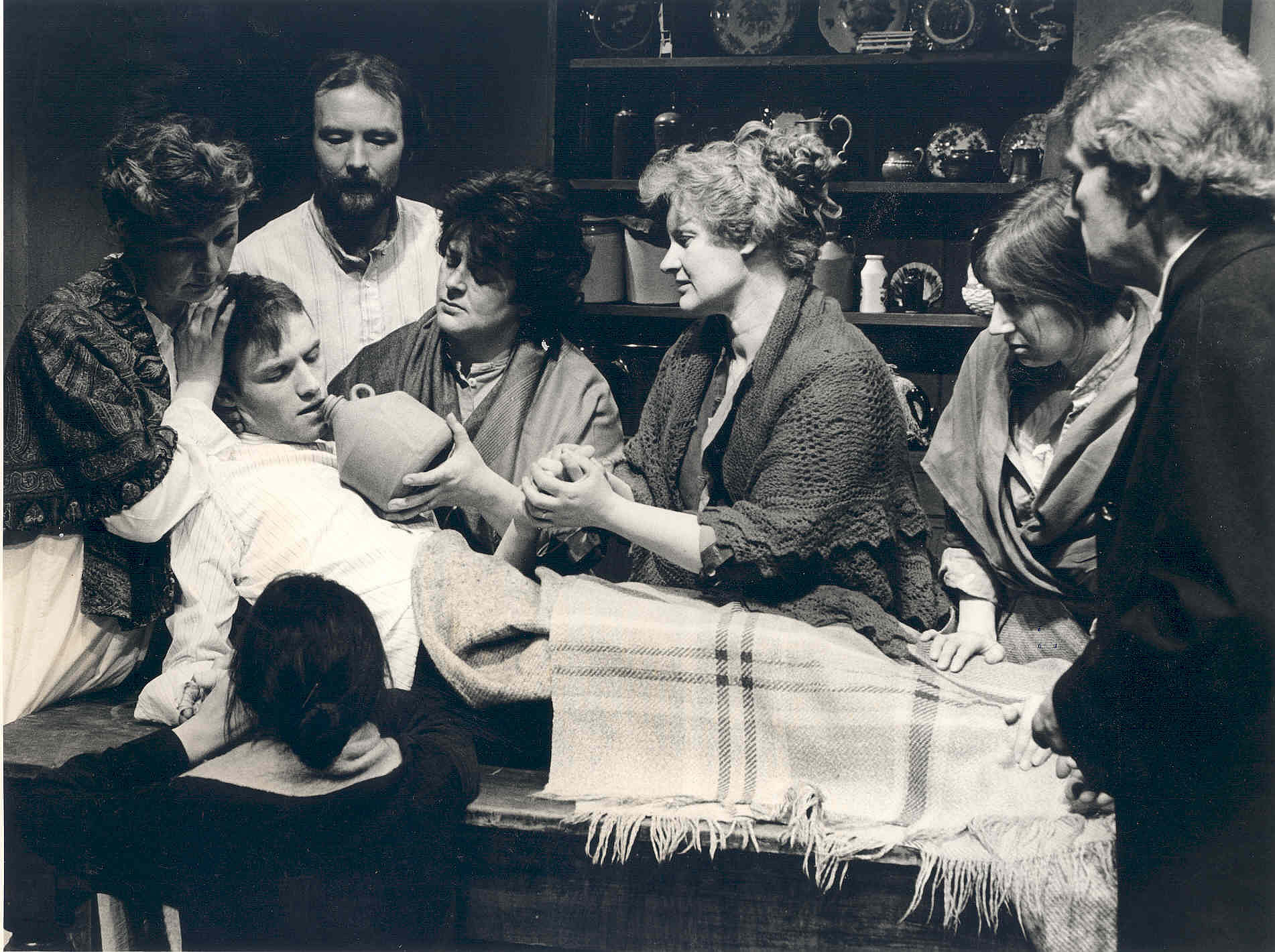